I commenced my sponsored cadet programme with Trinity House in January 2014, studying at Warsash Maritime Academy. 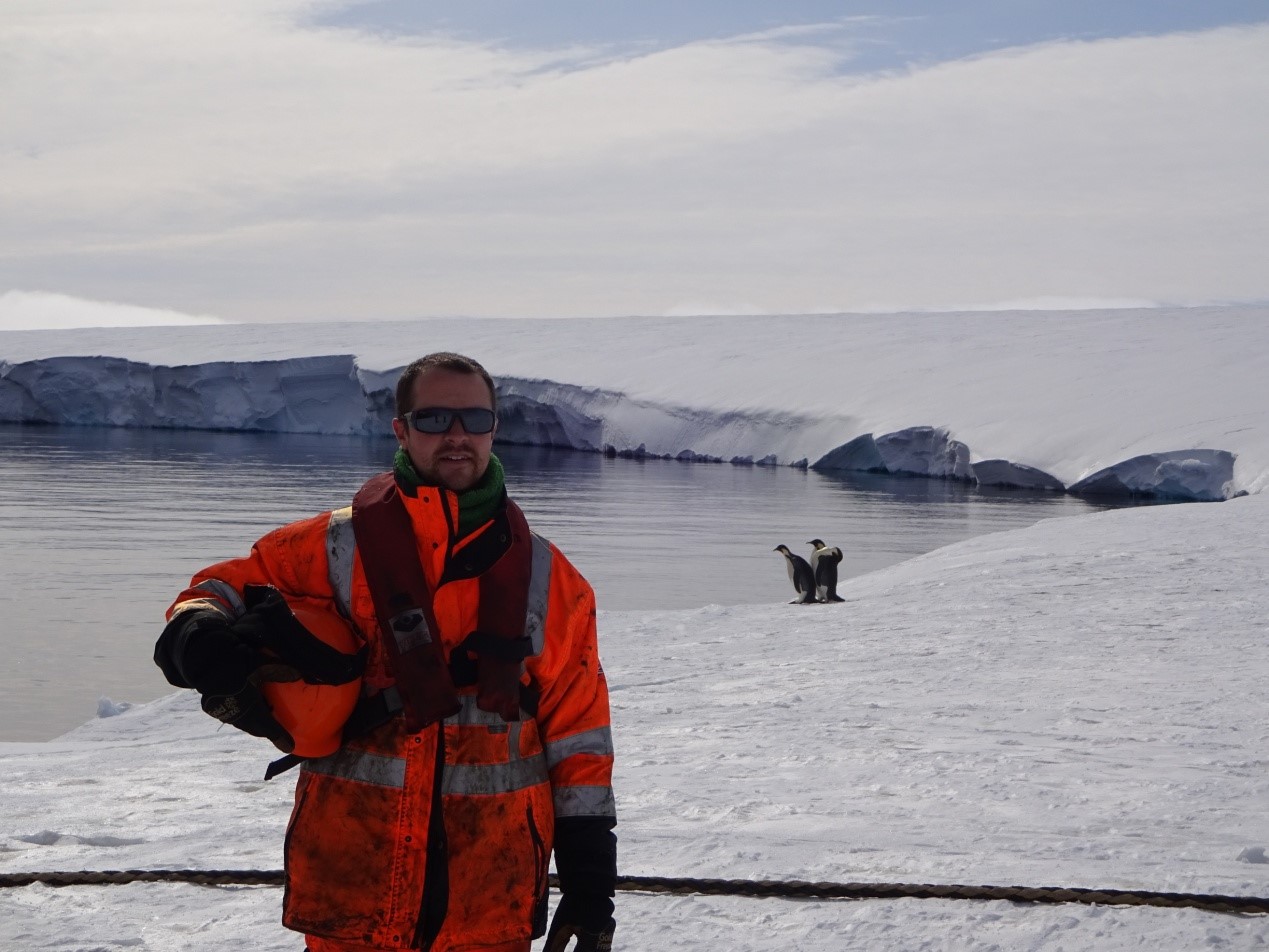 I am just about to enter the final phase back at the Academy and during my cadetship I have been fortunate enough to experience a variety of ships. In just 12 months of sea time I have crossed the equator five times, completed a ‘lap’ of the earth, been from New Orleans, around South Africa to India, and then back again, visited hundreds of ports around the Mediterranean sea, been to the most remote inhabited island in the world, and the most remote uninhabited island in the world, hand steered through the Gibraltar Straights, seen the Milky Way whilst crossing the Atlantic, watched pods of Orca’s hunt for food, and without a doubt the most amazing moment has to be getting to go to Antarctica on the RRS Ernest Shackleton. The fact I was on the ship on the 100th anniversary of Shackleton’s Endurance voyage, is something that will quite literally go down in the history books.

After spending 3 months at Warsash during my first phase, I joined the VLCC Azumasan. This was a 330m long crude oil tanker. I flew from London to New Orleans, where I was transferred from the airport to a hotel, prior to joining my ship the next morning. It is safe to say that I didn’t sleep well that night as I was incredibly nervous, and felt completely out of my depth. The next morning, I was transferred to the port. There then followed a three hour boat ride out to join my ship, in less than favourable conditions! Eventually I saw a huge ship appear on the horizon, and one of the crew pointed at it and said, “That’s your one!”

As we came alongside, I will never forget looking up at the ship, and being awestruck by the sheer size of her and using the pilot ladder, I climbed aboard. Once on the deck I was met by a strong Eastern European accent exclaiming, “Hey, cadetski, welcome onboard!”, I looked over and there stood a towering man, with a big smile on his face, who turned out to be the Chief Officer! He welcomed me like family, and I then met all of the crew, and settled very quickly and I found everyone very friendly. I was one of two British cadets onboard, the second being an engine cadet. I spent 4 months onboard of this ship, travelling to India, Saudi Arabia, and back to the U.S.A. At the end of the tour, I was so excited to be going home, I had an amazing first trip, and was desperate to get back to Warsash to finish phase three, so I could get back to sea again. 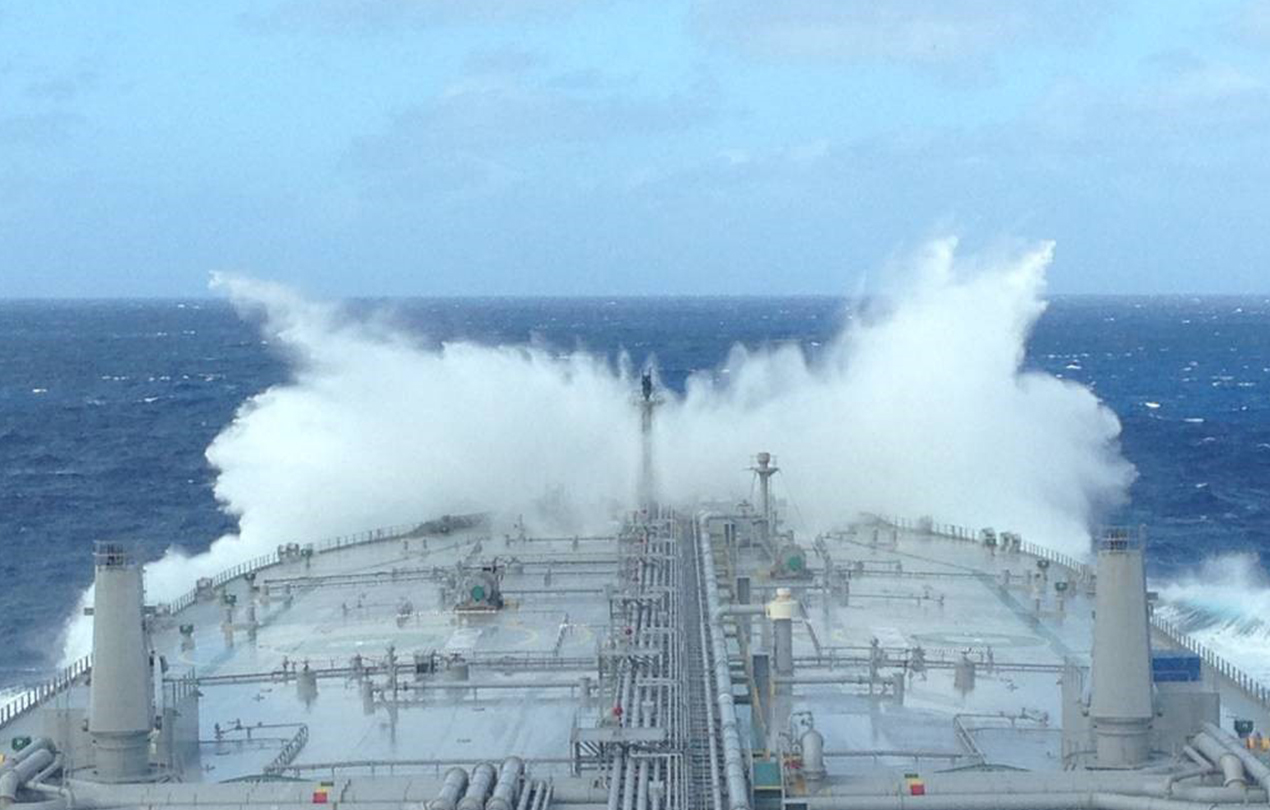 Phase three was certainly a lot harder than the gentle introduction of the first phase. The time flew by and fortunately I passed all my exams first time around. Before I knew it was time to go back to sea for phase four, I was advised I had been assigned to the Windstar cruise ship ‘Star Breeze’. Now, I have to say, when I first heard this, I wasn’t happy at all, as if there was one thing I didn’t want to do, it was a cruise ship. However I knew I had to give it a try, and that I did. I arrived onboard just as the ship had been purchased and was still undergoing a multi million pound refit. I was shown to my cabin, then I was passed a paint brush and overalls, and was told, “…if it looks dirty, clean it and re paint it”, after a few days of this, and much more, the ship was ready to take passengers!

The first cruise was something really special, we set sail for Monaco, where the entire ship had been chartered by the Ferrari Formula 1 team, and we were to stay alongside in Monaco for the Monaco Grand Prix. It was amazing, I got to meet all the drivers, and even see the race from the VIP areas! After this week we set sail on another charter; this week took us to the Cannes Film Festival, I really couldn’t believe it. As my time onboard rolled on, we visited amazing little towns and ports, and I had the chance to get off at them all. At the same time, I was working hard at learning all I needed to know and I started to really feel like a valued member of the crew. It was on this ship that I will never forget that a call came to the bridge from the Captain, for me, and he asked me to prepare the passage for the next port and to present it at the afternoon passage plan meeting. I felt like it was my first day again, completely out of my depth and didn’t know where to start. Luckily the other officers really helped me out, and got me started, then all I had learnt from Warsash started coming back to me. I presented it that afternoon and the Captain was so happy, that he got me planning the route two days a week, which was a great experience. My time on this ship went all too quickly, and it completely changed my opinions on cruise ships!

On returning home I was told I would have a couple of weeks off but to expect a phone call for my next appointment, they were working on something for me but couldn’t confirm the ship at that time. As my leave drew to an end my phone rang, it was the office, the wait had been worth it as I was told I was off to Antarctica, I had got a place on the RRS Ernest Shackleton. I joined later that week in Denmark, where we sailed to Grimsby to load cargo to take south. This wasn’t just any cargo, itwas everything from fuel drums to skidoos. Once we left the U.K. we headed South, firstly stopping at Madeira to bunker fuel, I got to go ashore for dinner with the Captain here and some of the other officers and crew. Then we set sail for St Helena, During this passage I was on watch on the bridge and got to really know the crew, it was an amazing time, barbeques on deck on Sundays, regular film nights, quiz nights and the odd early night too. Once we reached St Helena we had the chance to go ashore and see the island, we also got all the ships tenders out, to test and run up and we all got to have a go. I even got to take a trip up the coast to see the new port being built.

We then headed further south to Cape Town where the scientists and staff that were heading to the ‘Halley 6’ research station in Antarctica, were meeting to come aboard. We got to spend a great few days in Cape Town while we took on fresh supplies, it was hard work during the day, but every night we got to go ashore and explore Cape Town.

Once we departed Cape Town it was a ten day run down to Antarctica. The temperatures dropped day by day, and then we spotted the first iceberg, then another one, and then they were everywhere,iIt was incredible, I had come from Denmark, all the way down to Antarctica, now in thick ice, breaking our way through! We moored alongside the ice shelf, in freezing conditions. We had to dig our moorings into the snow and there was no machinery to help us, just shovels and pick axes! We then commenced discharging the cargo, this was really hard work, not helped by the extreme conditions. Once the cargo work was complete we then got the chance to visit the base, this was a brief four hour ride in a snow cat. It was well worth the trip, and it’s something I will never forget! We then spent Christmas Day in Antarctica, which is a Christmas I will remember forever, especially as I drew the short straw to distribute the secret Santa gifts, dressed as Father Christmas! Followed by an afternoon game of football out on the ice.

We then let the lines go, and headed back to Cape Town, where I was due to get off, but one morning on route the Captain said the chance had come up for me to stay onboard and go back down again, if I wanted to, I didn’t hesitate and said , ‘..yes!’. This meant another month onboard, and I am so glad I stayed. On the next trip down I got to see whales of every variety, more penguins than I could possibly count and I got to disembark in the Falklands. I loved all the ships I trained on, but it has to be said that this one was my favourite and I hope to return to work for British Antarctic Survey in the future.

Now I am about to return to Warsash for phase 5, I am entering the fifth and final stage of my training, to complete my short courses which range from first aid training through to operating rescue craft academic exams and the MCA Oral, and I’m hoping it goes just as quick as before so I can get back to sea, as a qualified Officer!