I knew from an early age I wanted to go to sea...

I started my cadetship with Trinity House in September 2013 and completed my training in August 2016. Having come from a seafaring background I knew from an early age I wanted to go to sea. My father, an ex-Master Mariner, had been a big influence whilst growing up, he would often tell me stories of all of the places his career in the Merchant Navy had taken him, the experiences he had encountered and all of the friends he’s made throughout his career. 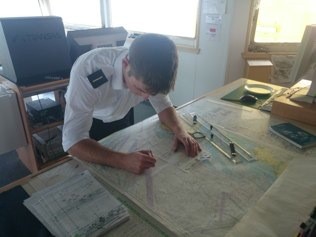 I knew this was what I wanted. Prior to joining the Merchant Navy I researched many different companies with various types of vessels and I reached the conclusion that I didn’t want to reflect on my career at sea and say, “I wish I had experienced that ship type” or, “I wonder what it would be like to work on that vessel”.

This was why It wasn’t hard accepting the Trinity House Cadetship over others. In my time at sea I’ve served on a oil tanker, a multi-billion dollar super yacht, a ferry and a cruise ship. In addition at the end of my last sea phase, I signed off a government research vessel. It’s still hard to believe I had only been in the industry less than 3 years. 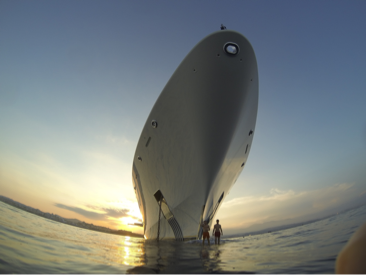 My sea placements have taken me all over the world. I’ve passed through the Panama Canal 3 times, been involved in rescue operations, ship to ship transfers, stood on the bulbous bow of a super yacht, and sailed with some really remarkable people.

Aside from the sea placements, the number of Trinity House events I have been to have allowed me to meet and gain contacts with people across the industry which will be an enormous help once I qualify. As for the future, once qualified, my intention is to carry on my career deep sea, working on passenger vessels.

Maritime Engineering Degree: An Alternative to...

How Viking Maritime has upskilled it’s...

Letter of Gratitude from a Newly...