Phase four is the most substantial sea phase within the cadetship programme spanning roughly 12 months. During this time I sailed on two vessels, both of which were LNG carriers, firstly Al Kharaitiyat and secondly Gemmata.

She is a motor driven twin prop LNG carrier with membrane MK III cargo tanks, a reliquification plant and gas combustion unit as the main components of the cargo system. The dimensions of this vessel are extreme with an overall length of 315.16m, a beam of 50m and a draft of just over 12 m. Her Gross Tonnage is 136,168 t and has a Deadweight of 107,153 t with a cargo carrying capacity of 216,000 M3. 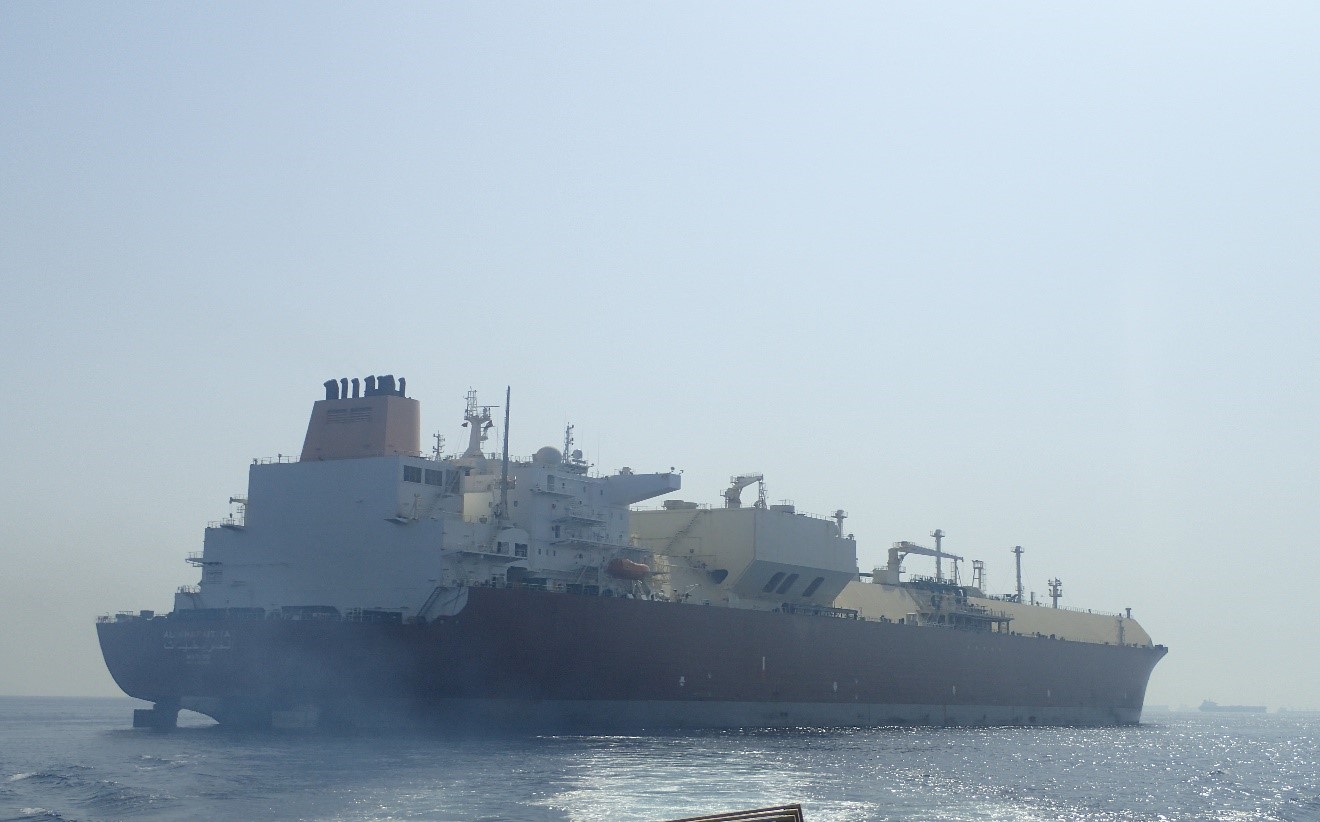 This vessel if part of the Nakilat Fleet Group managed by Shell since 2009, however, the Nakilat Fleet are now in a transition phase of being taken back over by Nakilat. The have a designated load port in Qatar called RAS Laffan from which they transport LNG mainly to middle and far east regions.

I joined the vessel in Ras Laffan following the completion of the loading operation for her voyage to Himiji in Japan, which involved a passage out of the Persian Gulf through the Hormuz straight to reach the Arabian Sea through the Gulf Of Oman. From there we sailed down the west coast of India before passing Sri Lanka and heading east for the Malacca and Singapore Straights which we passed through to then head northeast for Japan passing between Taiwan and the Philippines.  The discharge operation took around 24 hours, sufficient time for myself and the other cadet to get shore leave into Himiji, as the forecasted schedule for the vessel after this port brought no hope of shore leave. It wasn’t a tourist destination as is often the case with the ports you visit on these vessels, however, we did get to see the more commercial side of the part of Japan. 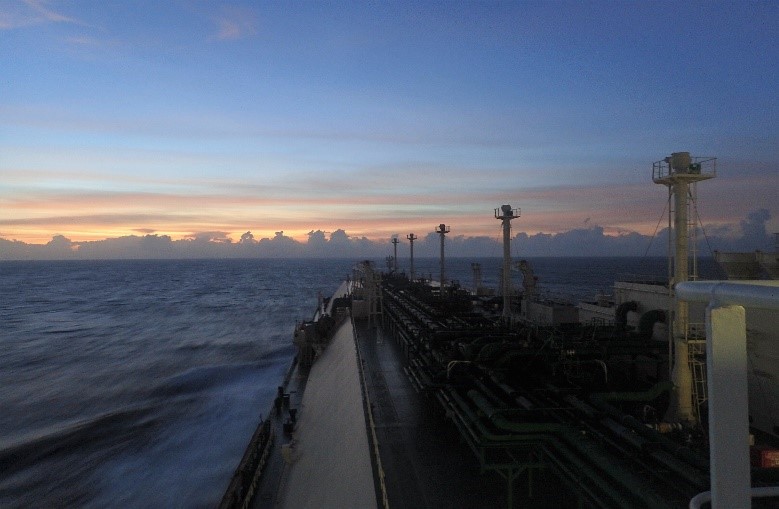 From Himiji we did the exact same route in reverse as the vessel always returned to the designated load port in Ras Laffan. Upon departure we were aware of a TRS system developing and making its way towards Japan so the passage to the straights was done at a slightly higher speed than the previous time do get clear of the encroaching weather system. The sequence of discharge ports was then as follows:

This vessel is a Moss Rosenberg LNG carrier. They have spherical cargo tanks which are completely different to the whale back look of the membrane cargo tanks. They are not membrane in structure but are instead spherical steel balls with insulation surrounding them in essence. She is slightly smaller than Al Kharaityat with an overall length of 290m, beam of 46.3 m, Gross tonnage 111,459 t, Deadweight of 72,727t and a cargo carrying capacity of 137,000 m3 when 100% full. She is a single prop steam driven vessel which controls the boil off rate of the cargo by using the cargo vapours for boiler combustion fuel when at full sea speed as it doesn’t possess a reliquification plant or gas combustion unit. However, when brought to manoeuvring speed the boilers are switched to diesel oil.

The main benefit of these vessels are their ability to stop cargo operations and leave the port at any stage of the cargo operation in an emergency situation as they do not have the sloshing limit restrictions like the membrane vessels due to the spherical tanks removing the effect of free surface moments. For this reason the G-Glass Moss vessels for Shell’s Fleet Group 2 can load and discharge in Eastern Pacific Ports such as Pampa in Peru and Quintero in Chile, both of which can be subjected swell rolling in from the Pacific which can at times compromise moorings. 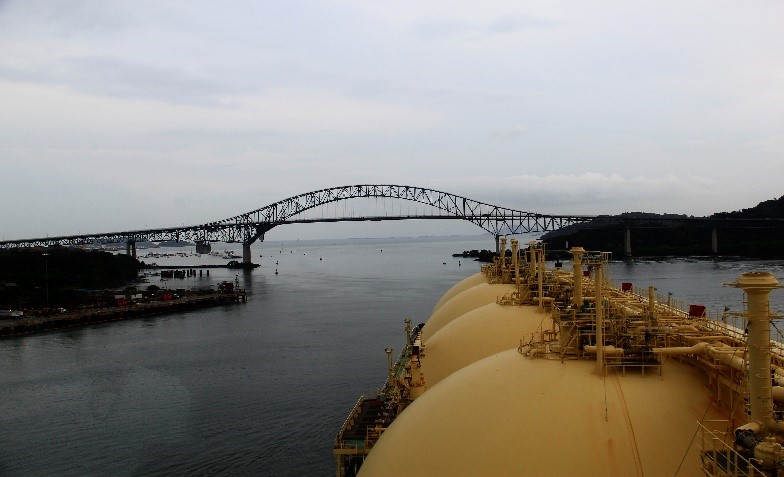 I joined the vessel as she was receiving bunkers at an anchorage off Balboa at the Pacific entrance to the Panama Canal. From here we went to discharge in Quintero in Chile, where I was allowed shore leave before returning to Pampa in Peru to load. From there we headed south for Cape Horn to sail into the Atlantic and head north for Bilbao in Spain to discharge. We then crossed the North Atlantic via a great circle route to the Providence Channel in the Bahamas, through which we passed to reach the Florida straits before heading for Sabine Pass in Texas through the Gulf of Mexico. After loading at Sabine Pass we sailed through the Caribbean and again headed for Cape Horn to return to Quintero to discharge and then Pampa to load. The final destination, where I disembarked the vessel, was Trinidad.

Maritime Engineering Degree: An Alternative to...

How Viking Maritime has upskilled it’s...

Letter of Gratitude from a Newly...